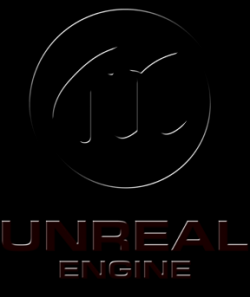 Epic Games' Chief Executive Officer and Technical Director Tim Sweeney has recently (4th October 2011) demonstrated the Unreal Engine 3 (UE3) running inside an Adobe Flash environment at Adobe's MAX 2011 conference (the same conference at which Photoshop's new unblur feature was also shown). This coincides with Adobe's release of Flash Player 2011 which allows hardware-accelerated graphics through its new Stage 3D APIs. With the advent of HTML 5 and compliant browsers, many people have predicted that Adobe's Flash technology may be dropped from it's current status as the dominant web-based multimedia platform. This new announcement shows that there is still a large amount of functionality that this technology can offer, blurring the lines between it and other lower-level technologies. As Adobe Gaming Solution's Emmy Huang stated, "As the console of the web, Flash is delivering immersive gaming experiences across screens and we're thrilled to have Epic Games using Flash Player to deliver its blockbuster, premier 3D games on the web." With rival technologies like WebGL becoming more and more mature, Adobe's Flash has it's challengers, but news like this shows that Adobe are keen to remain at the forefront. With the backing of a gaming giant like Epic Games, their position continues to look strong. Source: http://www.unrealengine.com/news/epic_games_announces_unreal_engine_3_support_for_adobe_flash_player/
Post ID: 1
Published: 2011-10-16 00:00:00