I'd like to introduce my new game Amazing Escape, Shareware version!

Amazing Escape is a top-down survival puzzle game for Android devices and the browser. The shareware version containing the first few levels is available now for free on the Google Play Store! 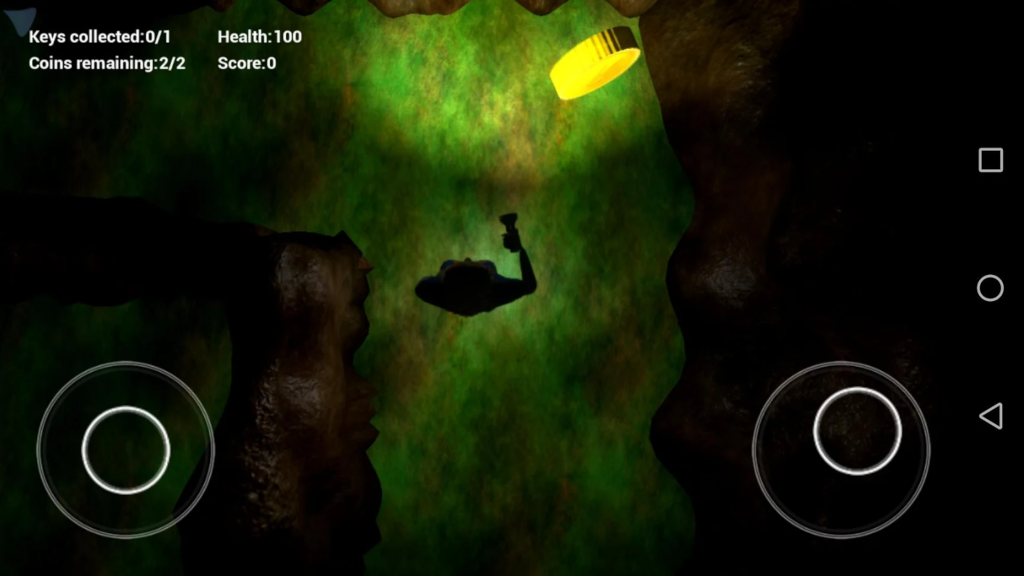 In Amazing Escape, you play as yourself, having found yourself trapped within a set of underground mazes (how unfortunate). Luckily though, you have your trusty torch at hand, so navigating these mazes shouldn't be altogether impossible.

But these don't appear to be normal underground caverns, for each appear to contain but one exit which is locked by a number of locks, requiring a number of keys to be found before escape will be possible... great. But that's the least of your worries; these caverns also contain an unusually malevolent atmosphere. A shiver, then a prickling sensation both hit you as you hastily turn on your torch. In the shadows you almost catch sight of some movement, but shining your torch in that direction shows nothing except for the dark, wet cavern walls. Still, your heart rate begins to rise, and the faint sound of stone scraping upon stone reaches your ears...

This version of the app is shareware, meaning that it's free and, I hope, will be shared! A full version of the game is already in the planning stage and, if this shareware version is popular, I'll release this in future.

Enemies in the shareware version have an extremely malicious form of attack, one which they will not have in the full version: when they deplete your health to zero, they quickly show you an advert before your ultimate demise! Those cruel fiends!

Yes, the shareware version contains advertisements, but is of course completely free of charge. My plan for the full version is for it to contain no advertisements, however it will not be free.

The planned full version will most importantly contain many more levels. Levels will be split into chapters, each with their own unique style and culminating in an "Amazing Escape" in the finale. My plan would be to release the game initially with a few chapters, each containing around 10-15 levels, and then to release further chapters in due course.

I also have quite a few ideas for new features, which should enhance the game-play and replayability value. Without giving too much away, I plan to make the perils more perilous but the player more powerful!