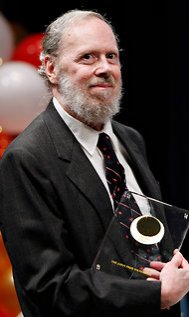 You will no doubt be aware of the fact that sadly Steve Jobs recently passed away (October the 5th) after his struggle with pancreatic cancer at the age of 56. But how many people have heard about the death of another computing trailblazer just a week later? I am referring of course to Dennis Ritchie, the man "...who helped to shape the digital era", who died on the 12th of October at the age of 70, again after losing his battle with cancer (www.nytimes.com, Oct 2011).

Ritchie is most widely known as the father of the C programming language and the Unix operating system; without these the world today would certainly be very different. C and it's successor C++ are still the most widely used programming languages in use today and they have spawned or influenced almost every modern programming language today. Unix has had an incredible impact on computer science – the majority of the Internet is running on Unix-based machines. Unix has also spawned many other operating systems like the open source Linux kernel, the later versions of Apple's Mac OS and iOS, Google's Android smart-phone OS and many more.

While I am certainly not belittling Steve Jobs' influence on modern-day computing (which was equally profound), I do find the difference in the amount of reporting to be quite unfair. Jobs was so well known, almost a celebrity in the computing and design world, whereas Ritchie was more of a recluse, living alone in Berkeley Heights, New Jersey when he died. This, I'm sure, is the reason for this discrepancy, but I strongly believe that Ritchie and Jobs should both be remembered equally for their contributions in the field of computer science. I think his colleague Brian Kernighan summed it up well, "There's that line from Newton about standing on the shoulders of giants. We're all standing on Dennis' shoulders." (edition.cnn.com, Oct 2011).

I think a fitting finish to this post would be a few classic thoughts from Dennis Ritchie...

"UNIX is very simple, it just needs a genius to understand its simplicity.", "C is quirky, flawed, and an enormous success.", C has "the power of assembly language and the convenience of... assembly language.".